What a challenge : go to sailboats without going to the past !

Based on the conversion of old fishing boats. Our purpose is a pragmatic and practical approach to reduce today the emissions of greenhouse gases from existing polluting fleets.

While a complete transition is put in place through the construction of tomorrow’s fully decarbonised vessels, the action fills the missing link between today’s economic reality of polluting fleets in developing and emerging countries and tomorrow’s sustainable decarbonised fleets.

Decidedly, I have the privilege of meeting living fossils.

In the air, with native black bees in the Rhône Alpes region, France, in the land with Coyuche cotton in Oaxaca, Mexico, and here, the Coelacanth fish in water.

The Coelacanth is a big fish seems to be the link between aquatic life and terrestrial life, more than 360 million years old.

It was believed to have been extinct for 65 million years. He is however very much alive in Tanga, in this tropical waters of the Indian Ocean, South East Africa.

Since 1990 Tanzania has dedicated a protected area to it with the Tanga Coelacanth Marine Park.

This extraordinary species is part of the vast population of fish living in these rich waters around the globe. He can live up to 100 years, has unique features, can measure up to 1.80 m and weight 90kg. Click for more information about coelacanth here. And a video of this amazing creature.
It is protected by the national authorities, in the TACMP Tanga Aquatic Coelancath Marine Park .

It would be interesting if we could convert the coast guard vessels in order to act directly on the quality of the waters.
Tourism is present in the park, a dozen accommodations are available at the beach.

Water, waterland, coral coasts, mangroves, coastal spaces between two worlds are a food or financial resource. Here 80% of the inhabitants are fisherfamilies.

Situed in the “Grey Zone” of the change to sustainable future.

The energies, human, material, economic used before and after the use of some good are usually called embodied energy or Grey Energy.

It tends to be hidden in the prices in the market as externalities. But sometime we recognize this hidden value. For example, a unique piece of art is worth much more than an industrialized object sold in millions of copies.

Human labor and the nature suffers the same thing, also. When they were “used” to produce something, some tended, for a few centuries, not to count it: as if it was free or without value in itself, it was only a “resource”. But we know that the ocean, the air, the land, the animals must be maintained, balance or imbalance impact human societies. These are now called “ecosystem services”, they need to renovate themself.

Old boats that have worked a lot can be considered obsolete. But, when they are transformed into sailboats, they will not “wear out” the wind, they are more economical. In addition, we have restored value to their embodied energy, it is no longer necessary to take raw material from nature.

We give sailors skills to do their job, they save on gasoline that pollutes the sea that feeds them, we won twice. The ocean will be more generous.

AND if there is a need to leave fishing, the driving force for change will be based on the upskilling of those in transition. Because everyone needs to live, not just survive at all costs.

People is not just a resource to be used. It is all the families around the worker, a culture, a history, made up of unique beings. Like an old work of art, its value is inestimable and irreplaceable. “Human grey energy”, this hidden value expresses itself when it is given the space to do so, it then brings the richness of what it knows and it is.

When it’s necessary to let go the ancient polluting system

and enter in a new sustainable economy, a large part of the population could be left behind in the shadow. ( see in Human dimensions of the Ecosystemic Approach of Fishing- chap IV p 39, 49 & chap IX p 135-FAO- Rome 2010)

Persons attached and subjugated somewhere, are impacted by changes, the coast and the Ocean is home, food, history and identity. When it’s necessary to reduce the fishing, because fish desappear, lot of fishermans have to stop. If they don’t move, or change their work, they suffer and also desappear in… another “Grey Zone”.

But, when we think and work in the codependency – an ecological normal and vivid system- as a minimum well being and sustainable economy, we then can work on the plan for changing.

Just think, the waste of one is the source of life for the other: the trees lose oxygen which allows us to breathe, we evacuate carbon dioxide which allows plants to live. We are codependent.

It is in this sense that we are going to set up this new economy, it is to be invented with the imagination and creativity of the people on the spot. Cretus Mtonga will bring more details in the next round…

And because women are often in charge of family -in the shadow- their ideas will be solicited, other places connected, other activities to no longer be entirely dependent on the ocean. They are creative, like in Zanzibar, Sea weed center , where sea weed is the base for ethical, fair and organic cosmetics, in between tradition and modernity. A grey zone can be the beginning of a new day, after night.

An economy of pollination is possible

Like pollinators, or corals, creat richness because it is necessary for the system.

We don’t even talk about system, we just share the Ocean we want. It’s obvious. Meli in swahili mean sail, meli meli sailing boat…meli is also honey : Apis Mellifera. Which live, produce honey, and when they leave do not let behind them garbage cans or a destroyed environment, but richer and more alive. It’s not a utopia, it is a way of doing things to imitate. A shift. 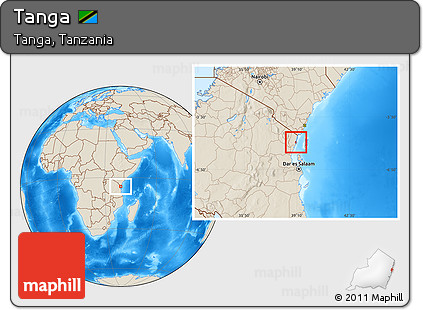