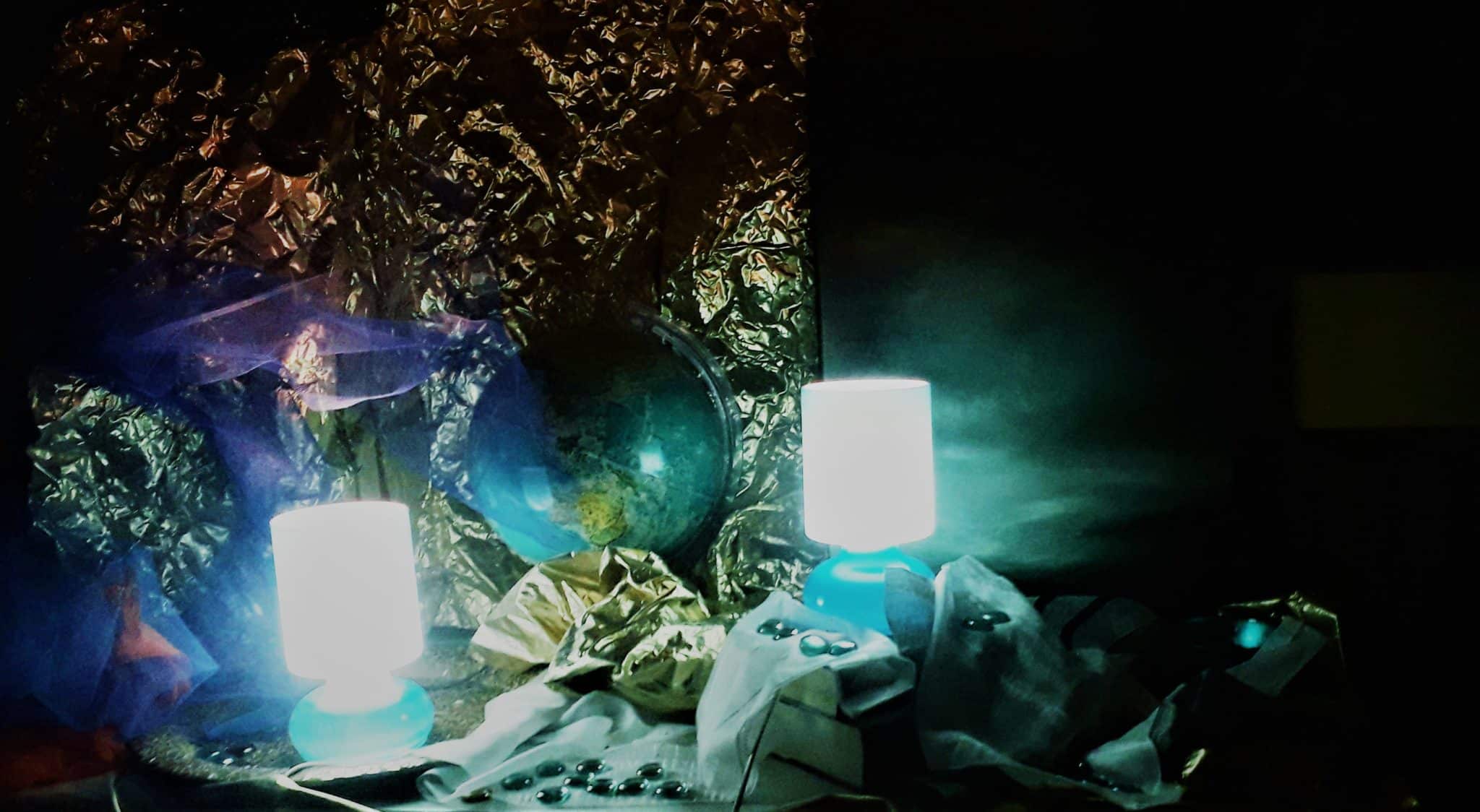 The conference of August 12 2022 was the first S4E action of raising awareness. in Medina de Pomar : see Between Crisis and Hope: act for an ocean of possibilities endorsed ( thanks to the diligence of the coordination Unit to answer so quickly ) by the UN Decade of Ocean Science for Sustainable Development, Intergovernmental  Oceanographic  Commission   UNESCO .

The foreword of the Ocean Decade from the Interoceanic Commission of the United Nations /UNESCO specify that it is “A global community of ocean-minded professionals committed to co-designing and co-delivering a revolution.”

We would like to dive in this concept, which possibly make a profound and lasting change in the way of conceiving and acting on the world. Especially in dominant thought groups, from Cartesian cultures. Think like the ocean? the water?? to deepen: these are revolutionary creative values and systems. A glass of water has more coherence immediately than a text written in Arial, make 12 in a linear way. It is an ORGANIC thought/form of action/organization. It is a sound, a color, a shape, a tell, a movement maybe everything together? Exciting to explore…

And what kind of revolution ?

“A revolution is not a bloody historical event, it is the most vital phenomenon we know: breathing is a revolution, a cycle, the earth around the sun is a revolution, sleeping and waking, dying and transform. Pure Mechanics and Physics. The opposite is worrying.”

Apart from a “classic presentation” on screen with images, datas, video, the virtual meeting of the speakers with a time difference of 5 to 7 hours, an artistic staging by Emhiel plunged the Casa de Cultura of Medina de Pomar, into the mystery of a sacred ocean atmosphere: “The altar of possibilities”. Immersed in the sound of the ocean, it was the senses that were first solicited.

“Trained to dive”, the public sink into deep waters, toward the darkest problems of the ocean, and then through the ingestion of microplastics, returned to himself: its own ealth. It shows our intimate place in the water loop on the planet/ocean in perpetual cycle.

We changed center and point of view.

By putting the ocean at the center of our cartography of the world, we see that it is a single and unique place without borders or limits. Like a dive in deep waters, a dense and merciless synthesis on the risks of suffocation that we suffer from the ill-treatment inflicted.

Carried out in a theatrical staging of scientific data to sensitize the captivated public. A sensitive way to convey harsh information.
8 points in synthesis perfectly documented by the Ocean Decade network and other high level sources (references listed on demand). The emotion bring the public to its inner center, to touch instinct, intuition and hopefuly some necessary change in behavior : an invitation to act and be creative despite, or because of the feeling of ermergency.

Because wherever we are, all tears lead to the ocean as much as roads to Rome, or better said, like the rainbow is a diffraction of light. Blue economy has transparency, nutritious and has integrity, ethics and responsibility. It cannot leave in obscurity certain parts which escape conscience and law.

Moreover the Ocean is our common heritage, according to the laws, apart from national waters, the ocean belongs to humanity.

We are totally dependent on it, in one form or another.

After the Great Ocean and its inhabitants to the rain and the daily food, the guests brought us a breath – not necessarily refreshing- on the surface. Totally commited and extraordinary, everyone showed their commitment and their “ocean mind”.

Poetic, artistic, community, or scientific vision, whatever the distance from the coast, we have gone through all the phases of matter and chain reaction of life. The dimension of global basin and the geographical, human necessary coherence with natural, economical and social blue economy. Finally a Culture.

Instead of conference it maybe call it ” CONSCIOUSPHER”, moment of “spherical consciousness”.

Marie-Laure Drouet present the Sail For Ethics program. The conversion of motor ships into sailboats to decarbonize fleets around the world. Subject of practical and technical training, it promotes blue economies, organic food and agriculture, sustainable tourism. It is also the creation of a work of awareness of climate change, knowledge and search for solution and change in the face of pollution conditions, by plastic in particular. A banner by a sailboat and nomadic actions (exhibitions, conferences, workshop) like this one in Medina. “To put wind in the sails and transparency in the relations toward Blue economy. “

Orlando Javier Pellichotti <- Mendoza, Argentine- Visual Artist & profesor. Graphic Reporter brings us to the high of the Andes : “My observation, through Land Art and by way of “I accuse”, I show the climatic changes (pointing my index finger in the water), to which we are subjecting our Andes Mountains…/…I denounce the merciless mining industry (which devastates land and water in the high mountains), the new uncontrolled plantations that are growing in the plain, and the misuse of water resources, alerting us that everything is going the wrong way, and the worst, that it is irremediable for the development of our future generations.”

Daniel Acosta <- Buenos Aires, Argentine- Artist and poet, profesor “la vida es acción poética transformadora” “Life is transformative poetic action” Presented an original performance live from Buenos Aires, about contaminated and cleaned water. “Seas in resistance…XXII Century Walking through thick gray fog through a shabby field at dawn is a gift of the circumstances of the moment.” Poetic and symbolic, he is always totally committed to his actions to save the planet and denounce “The earth is not a trash can”. La Tierra No Es Basura.

Gerardo Iliel López Hernández<- Oaxaca,México- Agroecology with a focus.” Observation: El Camino de la nube. The Path of the cloud. Motivation: The Care of Life. Action: From the complexity of our diverse realities; integration of all worlds, which in the words of Marcela Legarde (2011) “we care about all the issues on this Earth”, where the reality that we all want to see is possible“. Working for agricultural thematic educational programs for the preservation of food sovereignty, with the Agile Feet group.

Adrian Cabrera<- Veracruz, Mexico- Agile Feet work in the mountains, with the farmers having agricultural bad habits using pesticides, and fertilizers, to solve the issues of pollution in the Veracruz Bay, 100 km further and 3000m down. « The importance of having a basin vision, a global vision of the watersheds, is clear to me. Local problems and solutions. That these problems cannot be solved individually and that working collectively is difficult but beautiful. »

Monsyerra Batista<- Sierra do Cipo,Brazil- ecotourism guide, focuses on the importance of inward and global change. His”socio-environmental actions of recovery of sources, planting and dissemination of organic production,” Promotion of”awareness through arts and healing rituals and knowledge guided by the spirituality of indigenous peoples” ,”the change we want to see in the world starts within us”, “educating and raising awareness of our peers to be RESPONSIBLE in consumption” ” clear notion that each cooperative and sustainable attitude has a positive impact on the quality of life in the domestic environment, as well as in the planetary living organism.“

Hanan Abu Hajjaj Al Qarara,Palestin- Project coordinator in the city of Al Qarara, still shows the hope of a fraternal world, in the difficulties of her city in the Gaza Strip. Polluted water, no purification, sea contaminated by chemical products or remains of plastics, in spite of the present problems, they are working on a program of improvement.

Sergio Esteves ABRAVELA Rio de Janeiro, Brazil- ex ship captain, he turned to popular educational sailing, with a major project linking ports and land. A large-scale, educational program with the networks of blue schools, and the organization of a major round-the-world Grand Regatta which participates in the 5th centenary of the first circumnavigation of the globe expedition of Fernando de Magallanes y Juan Sebastián Elcano. Major events with tall ships in ports and blue education actions inland to mobilize a sensitive blue community, actors of change toward Blue écosphère.

Pablo Gongora Camacho REEFERS Bilbao, Spain- Told us about his activity of restoring coral reefs around the world to fight against ocean acidification and create local activities in countries of the South