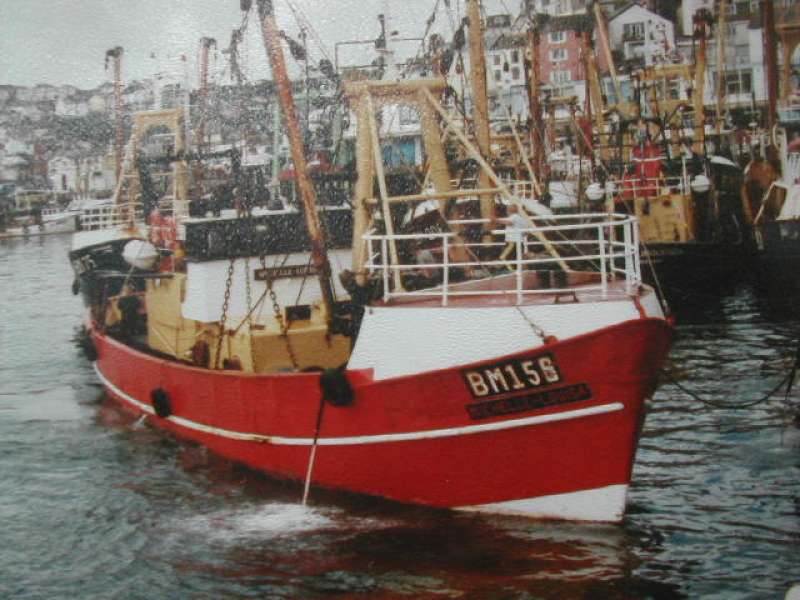 It is likely that the Michelle Louisa was built at the Scheepswerf Seijmonsbergen shipyard in Amsterdam in 1953. A dutch trawler, nothing cosy, but efficient boat.

Its baptismal name was then the TX-17 Quo Vadis it seems. We have not found the original construction plans, the site having closed in 1978.

You can see the video of the old shipyard in the librarie > video. Scheepswerf Seijmonsbergen.

We found Mr Henke SEIJMONSBERGEN, one of the descendants of the original builders, but we did not find the manufacturer’s plate on the boat, it was impossible for us for the moment to get our hands on the map. identity of the boat.

The search for plans continues. Maritime Museum of Amsterdam, photo sites, sitership still in operation, everything is tracked: some images of close plans, some sister Bella Star? The fleets that would have employed him, his ex-owners, the services that certified him…

A real treasure hunt, except that it’s the map that we have to find first!

The history of Michelle Louisa merges with that of Georges Drouet.

Georges Drouet has always revolved around this idea, having a boat. Yet he began with land in college. But the attraction for the ocean is there.

In his early youth, in front of the horizon, he dreamed of crossing the Pacific from the west coast of the USA to Tahiti. Having become a father, he learned marine carpentry in Brittany, learned the trade on workbenches in the traditional way.
After much research in a group, he finally decided to realize his dream alone, in 2013.

The beginning of the new life for the Michelle Louisa

He bought the Michelle Louisa “nick name Milou’ in Holland. At the customs auction he pays €12,345 because it’s the beginning of a story.

The idea of Sail For Ethics

In the meantime the idea has germinated, he wants to share his passion for well-made, manufactured things and the Ocean, but not only, he cares about people.
His communication work has brought him into contact with emerging and poorer countries in the world.

Sail For Ethics S4E is born, the Milou will be an emblem, to concretize its vision of an economy and a healthy world, bathed by a clean and silent ocean.

He is a visionary, it is only in 2020 that International Institutions (UNESCO, UN, EC) will finally grant the ocean the essential place it has for life on our planet.

The magic wand to transform the sailor into an elegant one does not exist!

The whole reconversion process will be recorded, made to be reproduced with the simplest means: those on board, as we say in French.

“The means at hand”, but with the most expert scientific, technical and administrative mind there is today.

Because it is in Belgium, in the heart of demanding Europe, that we are going to transform this old 123-ton boat into an elegant sailboat: a gaff schooner with two masts and 400m² of sails.

The yard suffered several disappointments, bankruptcies that pursued the quays where the boat was lodged. We have to persevere, get back in the water, check the conditions, deconstruct, constantly meet the challenges. The photos are the proof – libraries photos–

It is moving forward!

There is no going back, this is where we meet the fairies, even if they are bearded like Jérôme Delaunay for example who allows us in February 2022, finally, to have plans (look at the timeline) or Pablo Cortes that make this marvelous web site. A magic team, that works a lot, is creativ and perseverant!

The story goe’s on, thank’s to the people how believe in this future.